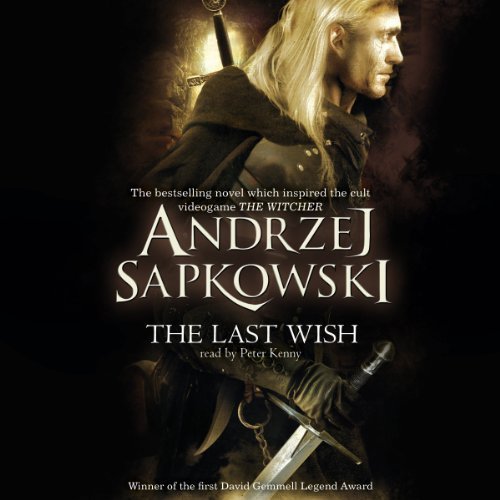  5/5
Having been a huge fan of the Witcher Series (played the games, before picking this up) I went full throttle and ordered all the books available. This was the beginning, the introduction of the story of Geralt of Rivia. Witcher, and monster.

It took me some time to get hooked, granted, this was a collection of shorts that discussed a bigger picture and a bigger occurance (it’s also nice to know why he was called the Butcher of Blaviken). This completely threw me away, towards the ending, I paced myself down because I didn’t want the book to end.

As the games are considered a sequel to the books, there were just so many references to the events that occurred previously, and as the Witcher 3 ended in such a way that it was considered a masterpiece; I hoped that the books wouldn’t fail in that regard as well -and they didn’t.

I would even go as far to say that the Geralt in the books is a bit different than the one portrayed in the game (wait, let me explain). Geralt in the games is played and influenced by the player and while the canon Geralt CAN be viewed in game (when the game offers the option to talk down the trolls instead of cutting them down -that would be the canon Geralt) this is what really pushes this story to the next level.

Rumors always state that Witchers are ruthless killers, however the White Wolf seems to reason with monsters and try to understand them when carrying out the contracts. There are many ways to fulfill them -ones that do not include killing that is. In fact, Geralt resorts to violence only when left no other choice. There are so many great quotes that I felt as if he was talking about our times like the time when he was travelling with Dandelion, and they hear about a monster roaming and killing others. Geralt quickly discards them and moves. When asked, he replied: “People like to imagine other monsters, because then they seem less monsterous themselves.“

I will end this short review with three words: worth every penny.

Grab this on Amazon