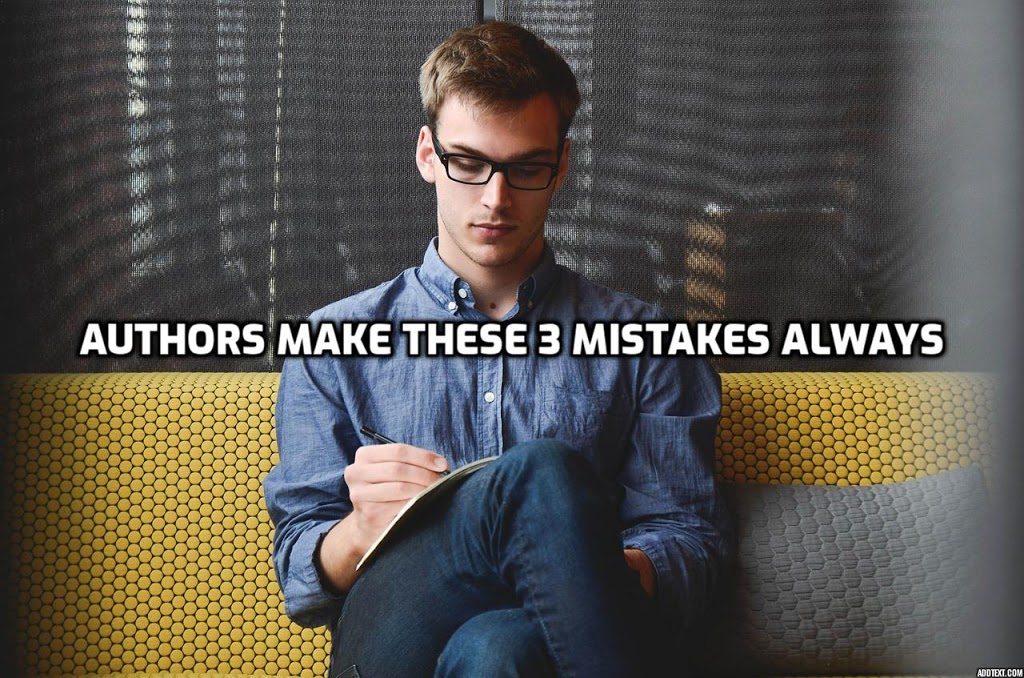 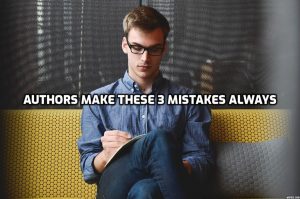 We will be going over 3 common author mistakes in this post. There is no doubt that authors are a weird breed. But what’s weirder is that some common mistakes happen all the time. For lack of a better term, a mistake happens only once. So, by studying these steps and researching the mistakes that common authors make all the time, you are already setting yourself apart. In this blog, I’ll be talking about 3 common author mistakes. Are there more than 3? Most definitely. But I want to keep this at a smaller length. Don’t forget you can always contact me or leave a comment and I promise to get back to you as fast as humanely possible (I’m not human).
Before starting off, I want to make it clear that these are always general and broad rules defined by the experienced authors in the industry. Although this is influenced by my opinion, this is not mine alone but instead the opinion of many professionals who have been writing in their career for years beyond counting. Now, without further ado:

I can’t believe I still have to mention this. No matter how good of an author you think you are, never EVER underestimate the value of editing. Should you not edit your work and depend on others? No. Should you depend completely on other editors to do your work for you? No. What you should do is basically revise and edit your drafts and get them into an appropriate shape prior to starting any real editing. Keep in mind that, for Self-Published books, the bar is set high enough already; you are competing with other traditionally published authors, oh which their books go through many rounds of editing. Keep in mind that ONE ROUND of editing (in most cases) follows the following process:
Traditionally published books usually go through 6 rounds of editing (there are stories of it reaching 12 rounds for some books). That is the sole reason why traditionally published books look so much more polished than indie/self-published books. This is what drives most amateur writers away from perusing their career objectives as well, thinking that their work will never be as polished as the books they see in libraries.

I still can’t get around the idea that some authors use dialog poorly in their books. Either the characters all sound the same, or they sound totally ridiculous with unrealistic accents. Dialog is not an excuse for bad grammar.  Some authors write pages and pages of just dead beat dialog and expect the reader to fully grasp the flow and not shy away from the book. Consider for a moment the art of presenting in real life. If a presenter just goes on stage and literally reads blocks of texts on slides you would be so taken back and might throw tomatoes (don’t do this)!

No, a good presentation should consist of little “text” and try to engage the audience in the act. It shouldn’t be a presentation but more like a performance. You use hand gestures, and body language to communicate something effectively, and this is what your book should portray when two or more characters are talking.

For example, when was the last time you saw a couple of people just plainly standing there saying:

“Hi Dan. How are you doing today?”

“Pretty good, David! Thanks for asking!”

I’m talking about just the text, no body movement, nothing. That is how poor dialog comes off to readers. It’s just… poor. Also, when two people are talking, chances are, they already know who they’re talking to (or after they’re introduced to each other) so no need to keep mentioning the names again and again.

Nothing throws readers off than a convenient plot throughout for the hero. I’m talking about the hero or protagonist being in dire situations and all of a sudden, a happy coincidence occurs that aids them in the struggle. Sometimes these develop and destroy any form of plot design that the author made. The greatest challenge here, is to foreshadow as much as possible from the early beginnings without tipping readers off.
For example, in a fantasy novel, the hero cannot suddenly remember they can fly and get to the villain much quicker towards the end of the novel because that would destroy nearly the entire book where they travel on foot/horse to get to places. If they could fly, why didn’t they from early on? Honestly, designing a good plot is a big challenge (and one that should be conducted from a bird’s eye view in my opinion) because that in itself could make or break the story.
There should always be a conflict of some sort. Something should always challenge the protagonist and push them towards their limit.
Don’t forget that while these are only 3 common author mistakes, there is still much to be learned.As always, if you have any questions, don’t hesitate to contact me or leave a comment here.
Until next time,
Write on.