Home/Blog/Writing in First Person – My Opinion 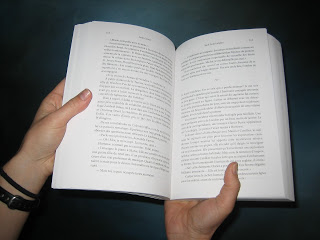 I prefer writing in third person limited (as apparent from my 9 published works so far). I always felt uncomfortable reading books that use a first person POV (point of view) to tell an entire story and while that might be difficult to achieve (as evident by some authors who use multiple POVs in order to tell  a complete and coherent story) I’ve never liked it, nor did I ever think I would write in it.

That of course changed. The dark nights laid atop my roof and I heard a call whisper to me “choose me…” I looked outside my window, and it was pitch black. “Who is it?” I cried unto the abyss. “It’s your god damn unfinished book dude. Seriously, get on writing! Oh and, you definitely CAN’T write this in First Person.”

Never tell a writer what he can and can’t do!

I of course, replied “You can’t tell a writer what he can or can’t do!” – Okay. seriously though, I played around with this style when writing a novella about vampires (the story of why I wrote it will come later) and I just fell in love with a way a story is explored only through the main character. How could I make it more difficult for myself? Make the MC ridiculously overpowered, a mysoginst, and as arrogant and blind to their weaknesses as they can be.

Needless to say, that same novella I wrote was called “Fortier: Blood & Moon” (which is available now on Amazon) and I had so much fun during the process that I decided to write another novel that would act as a direct sequel to the novella. The most interesting parts of the process was how challenging it was to create any sort of character development within such an overpowered MC. Now as it stands? That novel is on the final stages of editing (I think it’s around the 5th draft now) and it is by far one of the most enjoyable stories that I wrote (plot and character wise).

There are so many obstacles you would think by writing in a single POV for the duration of the entire book, however I think that is completely overshadowed by the positives and the story elements that you can implement during when writing in First Person. I hid stuff right in front of the readers and even made the MC oblivious to it in a certain way, and that paid off tremendously in the end.