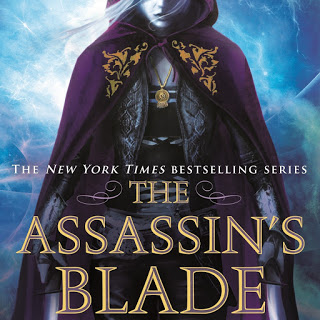 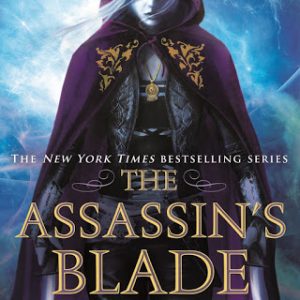  4/5
This could’ve been easily a 5, or a 3 to be honest, but I opted for 4, because I really like it. I don’t particularly love it, or do I? Alright, so first things first, this was an incredible read that kept me on the edge of my seat for more than I cared to admit. At times it was predictable, but I loved that I just kept on reading nonetheless (and when I reached around the 360 page mark, I panicked and bought the next three books in the series because I didn’t want to stop reading this.

However, some of the issues with this book that I found faulty, were how “The Assassin and the Pirate Lord” ended. I felt that it was totally anti-climactic and had it not been for the severe consequences that occurred I honestly would’ve stopped reading. It seemed so unbelievable and the ending did the book a disservice. Even some of the character development happened in a way that didn’t necessary justify how they went about and made choices.
There were a few loose ends, that I hope will be answered in the next books (and I don’t mean the main plot or characters, something so vital in the first few pages happens and its just forgotten and fades away, no probing, no questions, no whys and whats. Someone as the King of the Assassin’s Second… disappearing would raise a few brows in my opinion.
Overall, I would recommend that you get this. Sure, there are a few problems but the action kept pulling me to the book and didn’t allow me to go make a cup of tea -that really says something- the characters jump from pages and you get a genuine concern about their well-being as you see some of them evolve and go through Hell. Awesome, well done, and can’t wait to read the rest of the books.

Grab this on Amazon