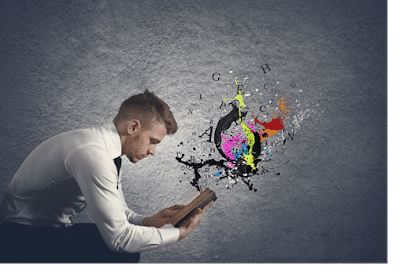 One of the questions that I get sometimes, is how to create complex characters that don’t all sound the same, and if you’re wondering (but Mo, it’s just text! What is this sound you speak of) I hope you had your fun… you freakin legend.

Anyways, in all seriousness, having a number of characters in a story is accompanied by a lot of different factors and risks. For example, think about your friends in real life, and how even when two people sometimes act the same and even have the same voice tone but they have that one thing that separates them from the rest.

No two persons can be alike in a story. This can be translated in the way they say their dialog or key personality traits. Let’s take Vendel from Titans. Even when technically she is the main protagonist, most readers find her extremely annoying and childish. It’s the way she approaches problems and the first impression that she gives.

That is different than say another character who is calculative and is not impulsive at all and observes the situation and all options (you can even show the reader what he’s thinking) while analyzing the best course of action to take from there. For example, let’s say you have two characters: Adam, and Eve (I know… just bear with me) and Adam is impulsive and acts solely on instinct while Eve is the calculative one, and they both happen to see a thief.

Adam would stop him, and simply report him to the authority. He would say something along the lines “How dare you to steal the work of others! How selfish can you truly be?”.

While Eve, would interrupt him and say “Cut it out! Don’t you care why he stole in the first place? What if he was stealing this for his family?”

Now, just like this, we are creating a moral dilemma as well as fleshing out the characters. Who is right and who is wrong? Adam technically wasn’t wrong in that stealing is bad, but Eve is the sort of person who would notice the thief’s stench and torn cloths and make the assumption that he was stealing because he had no other choice.

Consider this a lot, the base trait of every certain character is extremely important and cannot be altered. A weak person cannot be strong just like that. They must be hardened or the opposite. A cold-hearted person might be softer if he (for example) sentences someone to death and later on learns that they were innocent (the opposite is true as well).

You can always use character sheets if you struggle with this, but if you keep each character true to their base trait, you should be more than fine.