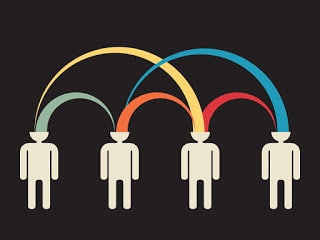 There has been a number of people who have actually influenced my writing tremendously. None of which were my tutors at school. Growing up under all the pressure and stress that is put on anyone during the 90s was very difficult. We were witnessing the jump to total dependence on technology (whether this is good or bad is a story for another day).

However, I have never really depended on school or any form of traditional ways to learn English. From a young age, I was really interested in that language, all the TV I was watching had me compelled and wanting to ‘speak’ as they do. It did have its charm, I won’t deny it.
But starting from then, I got involved with a lot of different forums that specialized in different things, the trick? All were English. People always mocked my grammar and spelling and to which I would always respond by insulting theirs (internet rage, go figure) until someday, I decided to just try to read beyond the (learn t0 sp3ll … OMG !) and started to notice patterns.
From there on, I constantly kept on improving. Noticing that “i” when referring to yourself should always be capitalized was the first thing I learned by the way.
Anyways, from there on, my level of English had always surpassed my school’s standards. The exams were a joke to me personally, and I remember the myth that no one could get a full mark in writing. Well, I challenged that and got the mark. The teacher told me “this was incredible, I have never read something this good in a long time” which was a great compliment to satisfy my own ego (and boy I was arrogant).
I remember when I was a kid, I would listen to English songs and try to say the words, as well as pick up English books and make silly sounds pretending that I was reading. Most of the time, people would come to me and say “do you even know what you’re saying? Well, if you don’t why do you say it!”. People made fun and ridiculed when they could, but had I listened to them, I would still speak the “door oben, ziz wan not good” kinda thing that they speak and call it the English language.
The whole purpose of this was simply to show you that people early on, attack things they don’t understand. Almost as if they try to force you inside the bubble they live so comfortably in. So, I hope by sharing these things that influenced my writing from early on that they help shape the path that you’ve set yourself into.
Write on.

2 comments on “Things That Influenced My Writing”