Okay, so let’s start this with: happy new year everyone! I hope that the next year will bring you more joy than you could ever dream, and may you brim with not only confidence, creativity and focus, but also taste amazingly good food (food is life amirite?)!

So I thought a lot whether I should do a post about new year and at first, I didn’t actually want to do it (being that I believe simply wishing new year resolutions is not only a waste of time but its like a comfort pill that we take at the start of every year for the sole purpose of feeling good about ourselves. So in the year 2016, I started around 14 different projects, and completely finished 9 of them, 6 of those are published currently.

Needless to say, I was already planning on making a list of everything I published during 2016, which is a good tracking measurement to be honest if not anything, and so I decided to share this with you! Call this the yearly review of what I have achieved (I’ll also post the blurb or synopsis of every story along with the cover and link), but first let’s begin with this:

Highlight of the Year:

Well, this kinda deserves its own post to be honest, and I was gonna plan on doing the moment this was done, but unfortunately, sometimes life sails in such a direction that you cannot possi… Okay fine, I’ll do it pretty soon.

Anyways, this was seriously a great moment to me personally, I’ll be sure to write about it next year (sorry, couldn’t resist) but those aspiring authors was seriously the icing on the cake for me. To see such an enthusiasm for writing in such a small country is without a doubt something to be proud of, and I really hope I get to read their stories pretty soon!

These are the titles that I completely managed to finish and are available for you to read right this moment! I tried to do this based on the order of when each got published, but oh well…

Set foot upon the magical lands where Magic Guilds battle to the top! Dragon Tooth is one of three of the strongest guilds in the known lands. Follow a story of fantasy, principles and mighty battles!

Jack of Scurvy Bay follows a young man’s adventure and rise to power. His thirst for freedom and treasure drives him away from his home town, where they they often neglected any person who grew to have ambition. The authorities manage to catch and execute one of the most elusive pirates currently known in the world, and ironically, that thing is what sets Jack our hero to take on a life of piracy.

A Short Story intended for children, but then takes a very dark path. This is one of the first stories I ever wrote.

A number of unsolved cases demand the attention of a famous detective, known for tackling a lot of mysterious with success. His success rate has garnered him enough reputation that criminals fear. Isabelle is the girlfriend of Calvin Greyson, son of the well-known Jack Grayson, and after he receives a threatening letter, she runs off to the police to seek their help.

Kind of the Land

Other works (along with status):

These are some of the titles/stories that I began writing but either didn’t publish yet or decided to cancel them all together. Keep in mind, a lot of these titles have been dissected and pieced in other stories or books that have been published.

Description:
This is one of my favorite works as well. Back when I was mainly a scriptwriter, I had this idea and wrote the script to an amazing story (I’m biased here a bit…). It revolved around Sophon, an apprentice of a great leader that was recently executed by the Supreme Council and leads an open rebellion against them.

Description:
This was the initial skeleton of Secret of the Moonlight and Minds, so think of it like it sacrificed itself to bring you two of my favorite stories so far!

Status:
To be started soon.

A Tale of Horror (Title to be determined later)
Status:
Canceled.

Description:
I always wanted to write a horror flick. I started working on this story back in May, but decided to cancel it for the time being. It was about a girl trying to summon a demon simply to understand their world. Needless to say, things get quite out of hand very quickly.

Luna’s Dream
Status:
Completed, will be published in early 2017.

Description:
It is a tale of a child that learns about Lucid Dreaming, and aims to master it in order to meet her late father. Soon though, she learns that her dreams are more than just dreams…

Status:
Completed, will be published in early 2017.

Fortier is the story of Alfred Zeidan, a vicious, deadly and renowned vampire that secluded himself away from everyone for hundreds of years, until a message reaches him from his father calling for his return.
Part of him knew that this was about the Bertrams, another family of vampires that are fierce rivals and sworn enemies of the Zeidans, in fact the sole reason why he shunned the world he grew up with was because of the fighting and long standing feud between the two families.

But alas, he returns… for better or worst.

Titans: War for the World

Status:
Main Project, will be published in early 2017.

Description:
A dark epic fantasy that takes place in a world where might is the separator of the brave and the cowardly. Ancient history texts speak of prominent Titans who long controlled the world. It was not until King Magmar the First that their rule came to be challenged.

Needless to say, the Magmar dynasty prides itself in being the sole reason why mankind has flourished for as long as it did, casting away the false rulers for eternity . . . or so they thought.

Dear Amazon, I do not live in Narnia

How To Make Characters Jump From Pages 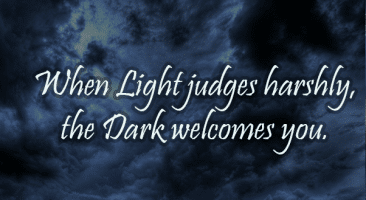